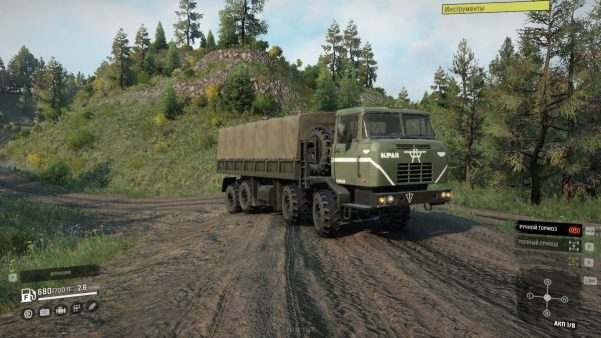 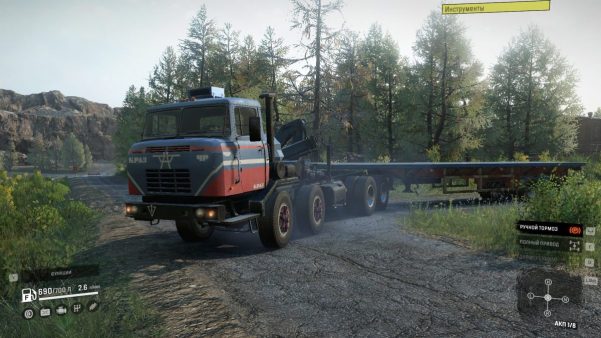 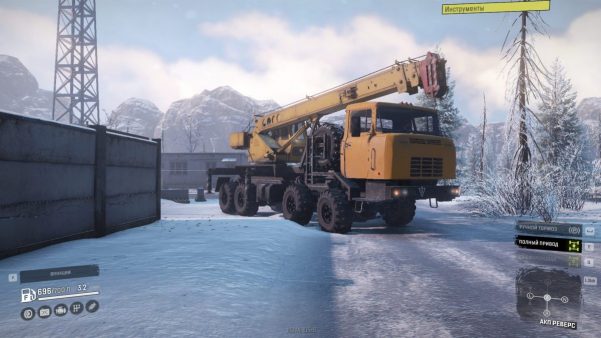 In 1982, as part of the development of the promising Otkrytie family of military vehicles with a classic layout, the Kremenchug Automobile Plant built experimental models of two special 16-ton hoodless chassis – single and articulated, unified with KrAZ-260 vehicles and capable of carrying heavy army superstructures and artillery system. They had the designation of the Chechen Republic, which was unusual for the plant, which meant “one-time drawing”, and represented a parallel alternative family designed to test fundamentally new layout schemes and assemblies, to compare performance and new design solutions. However, in terms of their parameters and capabilities, these cars were already closer to road trains than to single trucks.

CHR-3130 (1982 – 1985) – a cabless truck with two front steered axles, a continuous frame and a special massive non-folding cab of a high location. It was based on the KrAZ-260 truck cab without an engine compartment and plumage, in the front of which a cooling radiator was rearranged. An experimental multi-fuel engine YaMZ-8421 V8 (17.24 l, 360 hp) was installed behind it with a turbo-supercharging and intermediate air cooling, partially entering the cabin and adapted to work on diesel fuel, gasoline, kerosene or their mixtures with rocket fuel . A new 10-speed gearbox YaMZ-202, the main units from KrAZ-260 and a 6.5-meter onboard platform with an awning were mounted by car. The original details were a new elongated spar frame of channels with amplifiers and a second steered and drive-through bridge.

In the process of factory and military tests, the car mounted standard wide-profile tires 1300×530 – 533 from cargo “craz” or arched Y-186 with a diameter of 1300 mm and a width of 750 mm, which ensured patency at the level of tracked vehicles. It is quite natural that such an unusual, massive, heavy and expensive construction, requiring huge expenses for the organization of special production and maintenance, scared the military away.